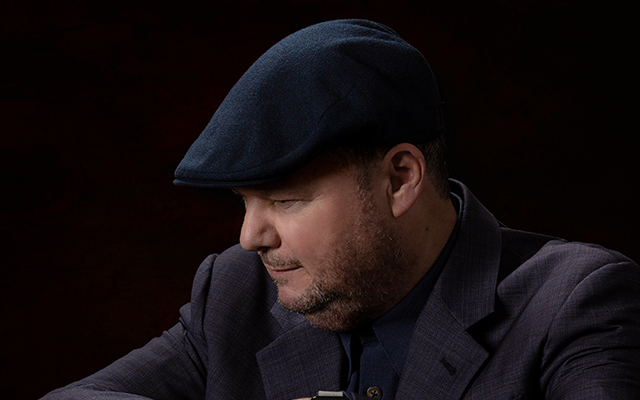 (LUBBOCK) Christopher Cross made history with his 1980 self-titled debut album, winning five Grammy Awards, including—for the first time in Grammy history—the
“Big Four” most prestigious awards: Record of the Year (for the single “Sailing”), Album of the Year, Song of the Year (also “Sailing”) and Best New Artist.

In a career spanning over five decades, Cross has sold over 10 million albums. His music has garnered five Grammys, an Oscar, a Golden Globe and five Top 10 singles.
This year, Christopher Cross is celebrating the 40th anniversary of his breakthrough debut album with a major tour featuring songs from his debut album: “Sailing,”
“Ride Like the Wind,” “Say You’ll Be Mine,” and more. Says Cross, “This tour celebrates the first chapter in what has been my life’s journey. I look forward to seeing everyone on the road.”

The historic Cactus Theater, circa 1938, is one of the most intimate venues represented on the entire 40 th Anniversary tour, with only 383 seating capacity –
giving audience members an up-close “living room” concert experience in a storied venue matching the iconic status of the artist and cast of support.
“We are extremely pleased to present this legendary Texas artist and this milestone anniversary tour date in the intimate environment of the Cactus Theater in Lubbock,” says Cactus owner and music promoter Darryl Holland.

“This concert represents one of the most familiar names in the pop music world and the opportunity to showcase this landmark event in what many consider the ultimate listening room in West Texas is very special and will be incredibly meaningful to the fans in attendance. As most music aficionados on the South Plains know, the Cactus Theater has been fully updated over the past six years with state-of-the-art sound, lighting and seating to give audiences one of the most unique listening experiences found anywhere in the
country. This monumental concert event represents four years of effort to present this artist and we couldn’t be happier to announce tickets go on sale this Thursday, August
4 at 10 am for the show taking place Tuesday, October 4,” says Holland. “We don’t expect tickets to last very long and we encourage fans to only purchase tickets directly
through our official website which facilitates tickets through the Eventbrite ticket network – or purchase through our box office in person or by phone. There are multiple price tiers and
VIP packages available.”