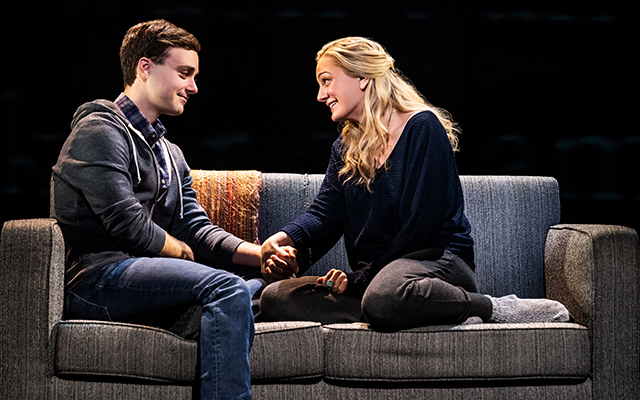 Evan Hansen is about to get the one thing he’s always wanted: a chance to finally fit in. DEAR EVAN HANSEN is the deeply personal and profoundly contemporary musical about life and the way we live it.

DEAR EVAN HANSEN has struck a remarkable chord with audiences and critics everywhere, including The Washington Post who says DEAR EVAN HANSEN is “one of the most remarkable shows in musical theatre history.” The New York Times calls it “a gut-punching, breathtaking knockout of a musical.” And NBC Nightly News declares the musical “an
anthem resonating on Broadway and beyond.”

The American Theatre Guild, the largest not-for-profit touring Broadway presenter in the nation, unveils its highly anticipated 2022–2023 Season for The Buddy Holly Hall. The Season will start off with big news as the number of Broadway show performances increases from two to three due to popular demand. The season will include the following touring productions: HAIRSPRAY, FIDDLER ON THE ROOF, DEAR EVAN HANSEN, TOOTSIE, and HAMILTON.