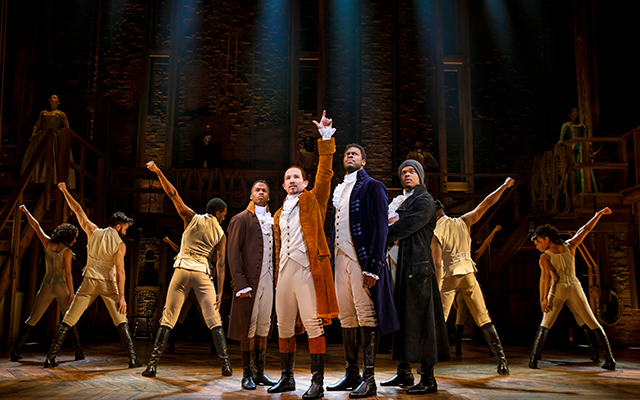 This “theatrical landmark has transformed theater and the way we think about history” (The New York Times).

HAMILTON is the story of America then, told by America now. Featuring a score that blends hip-hop, jazz, R&B and Broadway, HAMILTON has taken the story of American founding father Alexander Hamilton and created a revolutionary moment in theatre—a musical that has had a profound impact on culture, politics, and education.

With book, music, and lyrics by Lin-Manuel Miranda, direction by Thomas Kail, choreography by Andy Blankenbuehler, and musical supervision and orchestrations by Alex Lacamoire, HAMILTON is based on Ron Chernow’s acclaimed biography. It has won Tony®, Grammy®, and Olivier Awards, the Pulitzer Prize for Drama, and an unprecedented special citation from the Kennedy Center Honors.

Please note: Only Season Members receive the best seats at locked-in prices before tickets go on sale to the public, as well as priority access to tickets, premium seating, easy exchanges, lost ticket insurance and Premiere and Patron Club. New season members should order early for the best seats to all five Broadway shows.

The American Theatre Guild, the largest not-for-profit touring Broadway presenter in the nation, unveils its highly anticipated 2022–2023 Season for The Buddy Holly Hall. The Season will start off with big news as the number of Broadway show performances increases from two to three due to popular demand. The season will include the following touring productions:  FIDDLER ON THE ROOF, DEAR EVAN HANSEN, TOOTSIE, and HAMILTON.