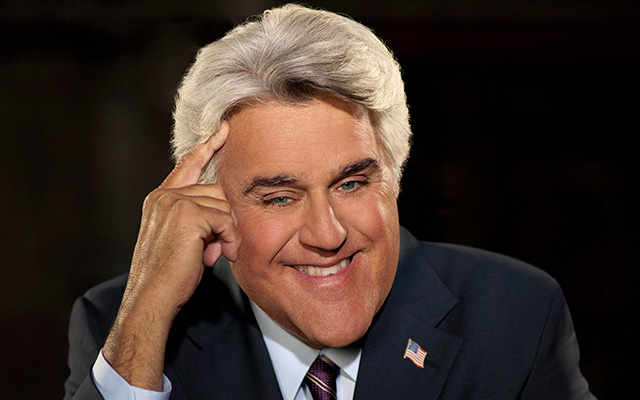 LUBBOCK, TEXAS, JULY 28, 2022: The Lubbock Women’s Club Historical Foundation
and Welborn-Payne Endowment Community Speaker Series will welcome Jay Leno,
acclaimed TV late night show host and admired stand-up comedian. Leno will speak
on Tuesday, October 18 at 8:00 p.m. at The Buddy Holly Hall of Performing Arts and
Sciences, 1300 Mac Davis Lane in Lubbock.
Tickets will be available beginning Monday, August 1 to Buddy Holly Hall personal seat
license members. Tickets will be available to the community on Thursday, August 4.
To secure your ticket, please visit www.buddyhollyhall.com Ticket prices, including
taxes and fees, are:
 Tier 1: $150
 Tier 2: 125
 Tier 3: $100
 Tier 4: $89.50
Dinner will be served at 6:00 p.m. in Grand Hall A&amp;B at Buddy Holly Hall for $100 per
person or a table of 8 for $800. Dinner tickets are not part of the ticketed performance and
must be purchased in advance.
Barbara Webb, President of the Lubbock Women’s Club said, “We are thrilled to welcome
Jay Leno to Lubbock. We hope you will join us for an evening of laughter among friends as
we delight in his stories about life, cars and television.”
Since retiring from the #1 rated “The Tonight Show with Jay Leno”, he has remained
active as a best-selling children’s book author, much-in-demand corporate speaker, TV
and movie voice-over artist, pioneering car builder and mechanic, and philanthropist.
This fall Jay Leno brings back the classic game show YOU BET YOUR LIFE. This comedy

THE LUBBOCK WOMEN’S CLUB Page 2
show wrapped in a game show will feature two strangers paired up to play for prize
money by answering trivia questions correctly. Co-Hosted by Kevin Eubanks and
produced by Tom Werner and David Hurwitz, YOU BET YOUR LIFE will deliver a fun
series filled with the warmth and laughter that America needs now.
Leno also currently produces and is host of the CNBC primetime series JAY LENO’S
GARAGE now in its sixth season. “Jay Leno’s Garage” explores the world of cars, never
forgetting that it’s the people behind the wheel who provide the real stories. The
series debuted in October 2015 and delivered CNBC’s most-watched first season in
network history. New episodes of “Jay Leno’s Garage” can be viewed on CNBC or
CNBC On Demand throughout the year.
______________________________________________________________________________
ABOUT THE LUBBOCK WOMEN’S CLUB
The Women&#39;s Club was established in 1945 to promote, maintain, and support the common good and
social welfare of the people of the Lubbock Community, and to bring about civil betterment and social
improvements. The Lubbock Women’s Club Historical Foundation was established to preserve, protect
and promote the historic and architectural character of the building at 2020 Broadway, and was
organized for charitable and educational purposes. In 1979 the building was designated a historical
landmark by the City of Lubbock.

How Long Do You Need To Walk Outside To See a Boost in Your Mental Health?