Lubbock, TX – The Lubbock Entertainment Performing Arts Association (LEPAA) is bringing the second Buddy Holly Songwriters Retreat the first week of September of 2021, celebrating and showcasing songwriting achievements and legendary guest artists performing at two concerts at The Buddy Holly Hall of Performing Arts and Sciences. The Songwriters Retreat is followed by special performances honoring the legacy of Buddy Holly, inspiring and cultivating local, regional, national and international songwriters in his hometown of Lubbock, Texas.

Writers will break up into small groups to collaborate with mentors through the creative process of songwriting. Each evening, the groups come back together for great local cuisine, and share the songs written during the day. Participants will gain access to celebrated songwriters, producers, music directors and program ambassadors.

Writers will leave Lubbock with at least four new songs, thirty or more new friends in the music business. Testimonials from past workshops have referenced record deals, publishing contracts, and newly formed bands. Most importantly, the younger participants get an opportunity to learn and grow in their craft.

The public is invited to attend the best-of-the-best songs written during the workshop for an intimate evening at The Songwriters Showcase featuring Gary Nicholson, Beth Nielsen Chapman and Friends at The Crickets Theater at The Buddy Holly Hall on Thursday, September 2, 2021, at 7:30 p.m. Tickets are $55.00 plus taxes and fees.  The developing songwriters will not only write and perform with luminaries but will also take part in the birthday celebration on a side stage dedicated to up-and-coming musicians.

Following the Songwriter’s Showcase is Buddy Holly’s 85th Birthday Celebration, on Saturday, September 4 at 7:30 p.m. at the Helen Devitt Jones Theater at The Buddy Holly Hall featuring Duane Eddy and Friends including James Burton, Steve Cropper and Sonny West. Tickets range in price from $34 to $84 plus taxes and fees.

Tickets for The Songwriters Showcase and Buddy Holly’s 85th Birthday Celebration go on sale to the public on Friday, July 9 at 10 a.m. (CT) Tickets are available at buddyhollyhall.com, by calling ETIX at (800) 514-3849, and at The Buddy Holly Hall Box Office located at 1300 Mac Davis Lane, open Monday through Friday from 12 p.m. to 4 p.m.

Duane Eddy – One of the most basic and immutable foundations of rock music is the low-note guitar riff. From the Rolling Stones’ Satisfaction and the Beatles’ Day Tripper (1965) to Bruce Springsteen’s Born to Run and Aerosmith’s Walk This Way (1975) to Metallica’s Enter Sandman (1991), the eternally resonant low-note guitar riff has launched many a timeless hit and set many a guitarist on the path to glory. Eddy became the most successful instrumentalist in rock history, charting 15 top 40 singles from 1958 through 1963 and selling more than 100 million records worldwide. In 2008 Eddy was inducted into the Musicians Hall of Fame. In 2013, he received The Lifetime Achievement Award for instrumentalist from the Americana Music Association.

“I hope you’ll join me, James Burton, Steve Cropper and Sonny West as we share memories and music of our dear friend, Buddy Holly,” Eddy said.

James Burton – Burton’s style of playing has always been distinct. He worked with Ricky Nelson on the Ozzie and Harriet show as Nelson’s backing band. Believe What You Say was Burton’s first record with Nelson, on which he played lead guitar. James recorded with artists such as Dean Martin, Bobby Darin, The Everly Brothers and Glen Campbell. Burton helped to create the ‘Bakersfield sound.’ with Merle Haggard and Buck Owens.  He toured with Jerry Lee Lewis, John Denver, and has performed with Elvis Presley, Emmylou Harris, Johnny Cash, Roy Orbison, Elvis Costello, Bruce Springsteen and more. In 2009, James won a GRAMMY for Best Country Instrumental Performance, together with Vince Gill, Steve Wariner, Redd Volkaert, Albert Lee, John Jorgenson, and Brent Mason for the Brad Paisley track “Cluster Pluck.”

Steve Cropper – It is hard to have surprises when and artist has seven decades into a career of soul, blues and rock and roll stardom; however, Fire It Up is Cropper’s first album since 1969 to have his solo name on it. Steve Cropper is that guitar on “Green Onions.” The MGs became the house band at Stax Records and Cropper one of Stax’s main producers, songwriters and guitarists. Midnight Hour by Wilson Pickett, (Sittin’ On) The Dock of the Bay by Otis Redding, Knock on Wood by Eddie Floyd, Soul Man and Hold On I’m Coming—you can’t discuss soul music without Steve Cropper. Rolling Stone magazine ranked him in the top 40 of its 100 all-time greatest guitarists.

“I think Buddy was a big influence on me but never gave it much thought. In the high school days growing up, I wanted to play guitar and sing, Buddy Holly was definitely one of the answers and influences,” Cropper said.

Sonny West – has lived a life of music and he was born just outside of Shallowater, Texas.  He began playing gigs in Lubbock and surrounding areas, where he met another singer, Buddy Holly. West cut a demo track of his composition All my Love which was passed on to Buddy Holly and The Crickets who recorded it under the title of, Oh Boy!  In 1957, West and fellow musician Bill Tilghman co-wrote Rave On recorded the following year by Buddy Holly and The Crickets. The song was a hit and is now a classic rock-and-roll anthem, recorded by artists such as John Lennon, Ricky Nelson, John Fogarty and others. Sonny continues with his music career with tours in the U.S. and internationally.

“I am so happy to be included in the Buddy Holly Birthday Concert. Definitely a high point in my career,” West said. 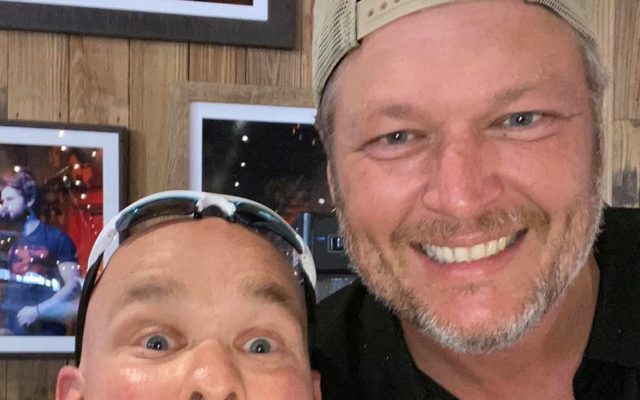