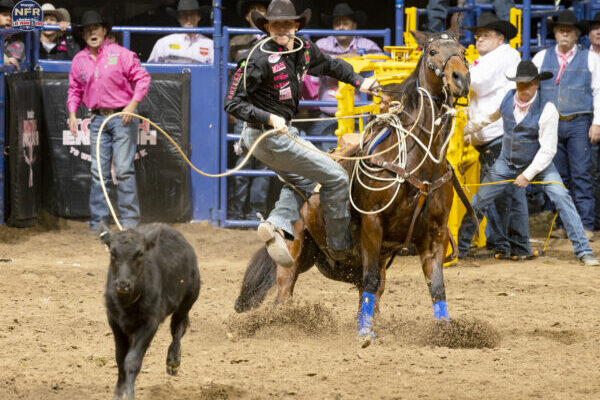 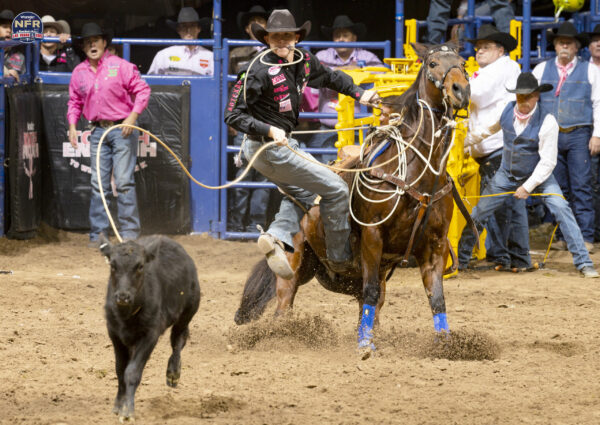 For nearly seven decades, ropers have gathered in the fall in the West Texas hub of San Angelo for some of the toughest roping seen. The CINCH Roping Fiesta was envisioned as a fundraiser by the San Angelo Stock Show & Rodeo Association during the offseason and has become the gathering place for top ropers and roping fans.

Stephenville, Texas tie-down roper Marty Yates has a long history in San Angelo, one that is longer even than his 10-year career in ProRodeo. Though he’s won his share of money in San Angelo before, he’d never claimed the championship until Oct. 29.

“I roped there when I was 15 years old,” said Yates, 28. “They announced it when I was roping, maybe 13 or 14 years I’ve been there.”
“I’d placed second a couple of times and placed in the average over the years but never got to win it,” Yates continued. “It’s awesome to mark that one off my list.”

Yates earned the victory with solid roping all day on the way to winning the average with a 42.2-second time on four head.

After going a little longer in the first round, Yates rebounded with a round win in the middle go with a 9.6-second run. After staying solid in round three, he was third high call in the finals. He clinched the average win with a 9.3-second time in the finals.

“In the short go, I had a really good calf, got a great start, and made a good run. Then the two guys in front of me had some trouble and I was able to get the win,” Yates said.

After picking up second in the short go along with the average win, the payday was awesome for Yates, earning $9,677 along with a buckle.

“It’s a cool, sentimental type, old school calf roping buckle,” he said. The buckle matches the atmosphere in San Angelo and the setup.

“It’s definitely a traditional style roping,” Yates said. “They use a hand pulled barrier and let them out there. The calves are always a bit bigger and they’re walking fresh.”

“It’s a cool roping,” he added. “The old timers are always there watching and it’s just a different feel to get to be in San Angelo for a calf roping. The fans know a lot about roping and really get into it.”

Though the Fiesta began in 1954 with steer roping – and has hosted tie-down roping since 1962 – it has only been in recent years that the event was sanctioned by the PRCA, allowing the ropers to earn valuable dollars toward the PRCA | RAM World Standings.

“Getting to win early and not having to go as hard later in the year is great,” Yates said. He’ll rope in his ninth Wrangler National Finals Rodeo presented by Teton Ridge in just over a month after finishing the 2022 regular season ninth in the world standings.

He’s already got a great start on his 10th bid to the NFR.

“When you do good at the first of the year, it just makes the rest of the year easier,” he said.
In the steer roping, Ora Taton won with a 59.6-second time on four head. Taton, who will be competing in the National Finals Steer Roping in Mulvane, Kan., Nov. 4-5, earned $7,059 toward the 2023 world standings.