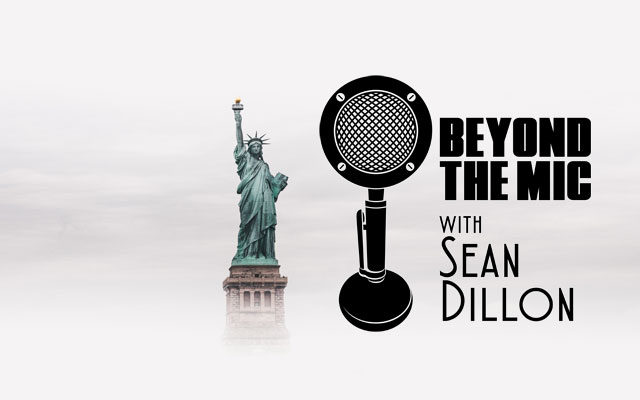 She’s always looking to perfect her reading nook, talks about exploding llamas and loves to read books to her sons. Sarah Gelman from Amazon Books joins us to talk the best books of 2020 so far.

Today, Amazon announced its choices for 2020’s Best Books of the Year So Far, selecting Abi Daré’s debut novel, The Girl with the Louding Voice, as the top pick.

Throughout the year, the Amazon Books editorial team pores over thousands of pages to determine the Best Books of the Month, Best Books of the Year So Far, and Best Books of the Year, debating new releases across various categories—including literary fiction, mystery and thriller, biography, children’s books, and young adult—all to help customers find their next great book. For Best Books of the Year So Far, the Amazon Books editorial team read and selected titles released between January 2020 and June 2020. This year’s list includes the first adult novel of a longtime children’s book author, a sought-after tattoo artist’s memoir on assimilating to American culture after leaving Vietnam, and a gripping true story of a family trying to understand how schizophrenia has affected their lives and future.

“Determining the Best Books of the Year So Far took on even greater importance this year as many of us spent months at home and often turned to books to better understand our new normal or seek reprieve in another person’s story. In every page and chapter of these profound books, we found opportunities to escape to different worlds, travel through time, and remind ourselves of the things that connect us all,” said Sarah Gelman, Editorial Director, Amazon Books. “For the Amazon Books editors, The Girl with the Louding Voice stood out thanks to its unforgettable characters and message of hope and determination when all feels lost. It’s impossible to walk away from this book without feeling hopeful.”

The Girl with the Louding Voice’s altruistic protagonist resonated with readers as well, as the most highlighted passage from the Kindle edition of the book spoke to a desire to make an impact on oneself and others: “My mama say education will give me a voice. I want more than just a voice, Ms. Tia. I want a louding voice,” I say. “I want to enter a room and people will hear me even before I open my mouth to be speaking. I want to live in this life and help many people so that when I grow old and die, I will still be living through the people I am helping.”

Upon hearing the news that her debut novel is at the top of the Best Books of the Year So Far list, Abi Daré said: “I am completely mind-blown by this! At a time when the world feels weightless and the days an endless, timeless thing filled with uncertainty, this news brought some laughter and color into my heart. A huge thank you to the brilliant editors at Amazon, who have read countless other fabulous books this season, and have loved and selected The Girl with the Louding Voice for this accolade. Thank you for shining a light on Adunni’s inspiring and beautiful story with your very powerful beam! I am beyond thrilled and utterly grateful.”

Here are the Amazon Books editorial team’s top 10 picks of 2020 so far:

The Girl with the Louding Voice joins the Amazon Book editors’ past Best Book of the Year So Far selections, including Elizabeth Gilbert’s City of Girls, Tara Westover’s Educated, and Arundhati Roy’s The Ministry of Utmost Happiness.

To view the complete list of the Best Books of the Year So Far spanning literary fiction, cookbooks, children’s books and more, visit www.amazon.com/bestbookssofar.