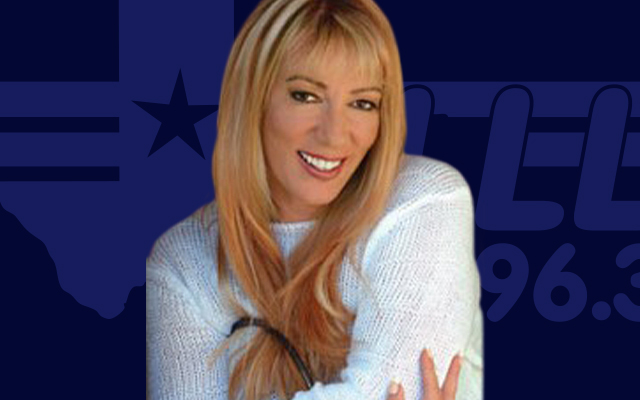 The Big Time with Whitney Allen

What did you want to be when you were 5? And really…what kid actually gets to be the astronaut, rockstar, explorer, or radio host?!? Whitney Allen, that’s who! Her parents bought her a red transistor radio (that she slept with under her pillow every night) and adopted her first cat, Thomasina (who slept with her every night.) That’s when she knew, it was radio or animals. Since she was better at talking than biology, she knew she was going to be on the radio. So at the age of 5, she set out to make it BIG.

Before her first radio gig, Whitney heard a DJ who sounded like a woman that wanted to steal your boyfriend. If Whitney was going to be a DJ, that was not the sound she was going for. KATA in Eureka, California was the first station to give her a shot on the air. There, Whitney spent 2 years in place of that exact girl that wanted to “steal your boyfriend.” When she had enough of the northern California rain, Whitney headed south to San Diego. Warming up not just in the sun, but on CHR’s two hottest stations, nostalgia, AC and her first foray into country. Then the call came in…

Pirate Radio in Los Angeles. No two better things could have happened at the same time in Whitney’s life: a ground-breaking station being led by Scott Shannon,  in her hometown of Los Angeles where she always dreamed of making it BIG. Then KIIS-FM in Los Angeles came along. For 3 years she hosted nights, middays, filled in and even co-hosted some mornings with the legendary Rick Dees. Still…there were bigger plans to come.

Blair Garner who worked at KIIS with Whitney, left to start his syndicated show “After Midnite.” He asked Whitney to join him, so she became the host of “After Midnite Weekends with Whitney Allen” for 8 years, on over 200 country stations.

Staying in her hometown, Whitney became the afternoon drive host at KZLA…but she was already bitten by the syndicated bug. So with only weekends free, “The Big Time Saturday Night” was born. As the business goes, KZLA flipped formats. Instead of dwelling on the past “The Big Time with Whitney Allen” was launched, and now, 6 years later, Monday through Friday on 150 stations.

Now, 6 nights a week, on The Big Time and The Big Time Saturday Night, Whitney hangs out and occasionally…ok, often,  harasses listeners and artists. She gives credit to the chaotic (and usually drunk) team behind her, because The Big Time is too BIG for one person to handle. It really takes listeners, artists, music and a dream team to make Whitney’s  dream come true.

When she’s not on the radio, or backstage at the biggest country concerts,  Whitney loves the outdoors, redecorating, napping, and Mexico. Her furry kids, Paloma, Leela, and Ramon, But Mattie, Flue and Chakita live in her heart forever. And the cats Luna and Winchmore (no we didn’t name her ). Luckily, even without a degree in veterinary medicine, with the power of radio, she still gets to help animals through different charities. And, in keeping her promise to never sound like the girl that wants to steal your boyfriend, she’s got a man of her own. 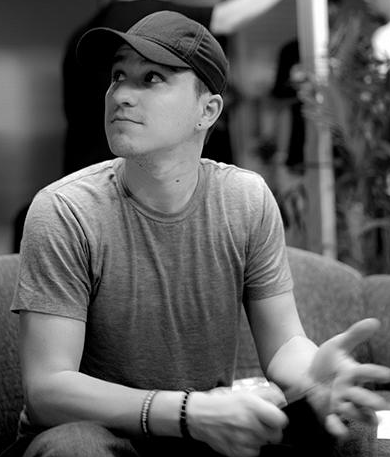 Justin’s love for radio started in the 6th grade, when right from his bedroom he would broadcast his own country radio show to the neighborhood, with an array of store-bought equipment, and a low-power FM transmitter, modified by his grandfather!

His actual radio career started with an internship at just 13, when the Southern California Legend Sweet Dick Whittington offered him an internship at KNJO in Thousand Oaks, CA., where Justin learned he could not make coffee, setting the machine aflame at 5 am. Thank goodness Starbucks came around sooner than later.

Once working alone in a studio during a thunderstorm, rain caused the station’s transmitter to go off the air, which triggered a strobe light that the cleaning crew mistook for a burglar alarm and called the police. Justin answered the banging of the radio station door after dialing 9-1-1 (and his Dad) to make sure it was actually the cops. Justin was greeted by flashlights and gun barrels. It was the first & only time he will admit to being handcuffed.

At 16, Justin had his own request show on “KHAY” in Ventura. He also spent time in Santa Barbara at KRAZy Country and Country 106.3. Justin was also on air at Country 93-9 KZLA in Los Angeles, and assisted in it’s switch to the short-lived “Movin’ 93-9.”

Other stops include The Rick Dees Weekly Top 40 Countdown, Club Country Live with Tony & Kris, and After MidNite Weekends with Whitney Allen.

Justin was an original employee and served as Executive Producer for The Big Time with Whitney Allen (we are all still baffled as to why he left.) He then went on to FOX Sports Radio, On Air with Ryan Seacrest, and Sixx Sense with Nikki Sixx. Oh yeah, bigger names on the other line.

He lives in the Los Angeles area with 3 bunnies, a bearded dragon, an African tortoise, a Florida soft-shell turtle, a Pac-Man frog, and his very spoiled dog, Patches. 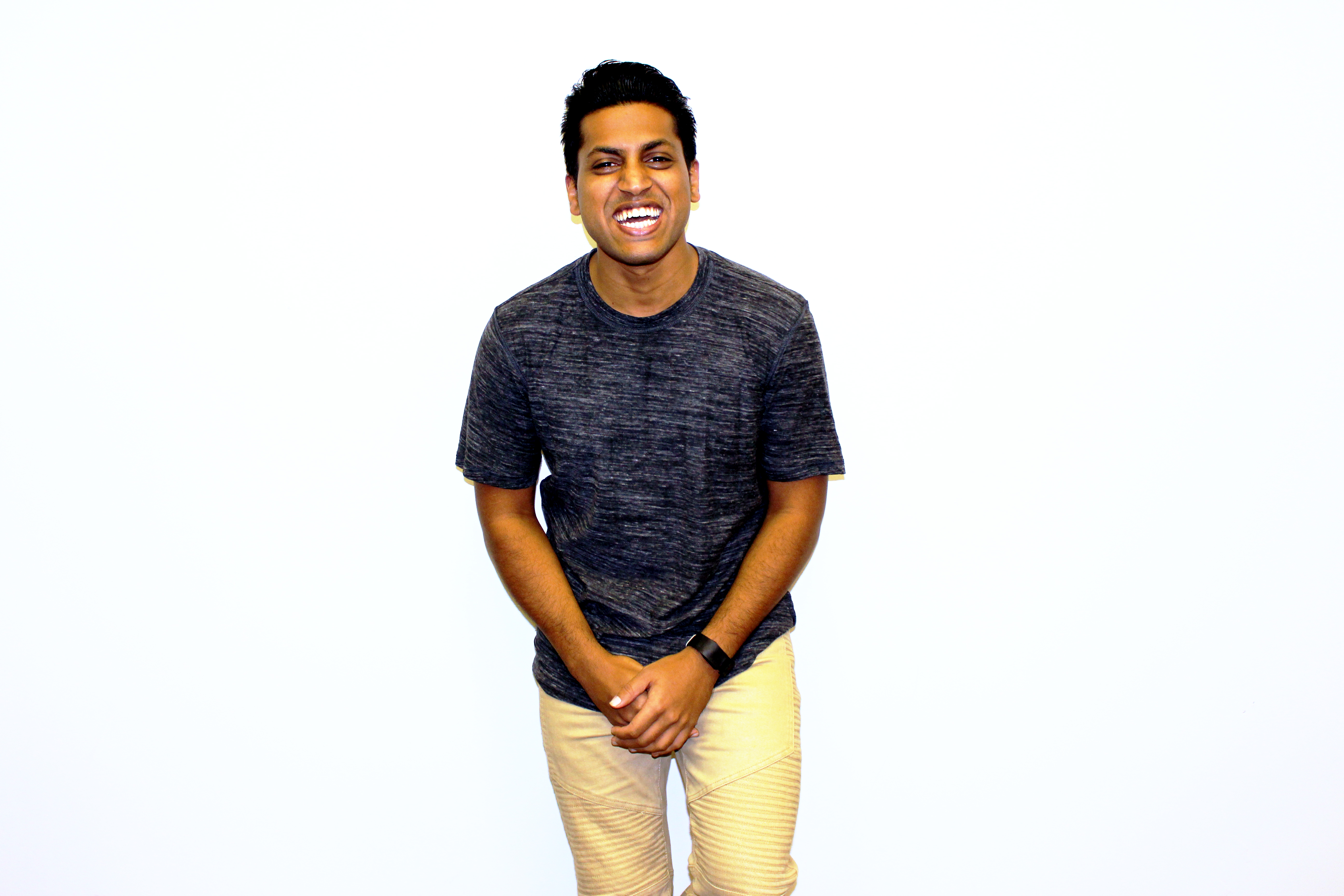 Throughout high school and most of college, Binoj was lost when it came to finding the right career choice. It was during his time in college radio, he realized that being a personality could be his purpose in life. After graduation, Binoj got an internship with CBS Radio and eventually was hired as an On-Air Talent in Miami for Power96. After working for 2 years in radio market #11, he started to dream about success in the entertainment capital of the world. On September 10th 2015, he randomly moved across the country and landed in Los Angeles to start a new journey. Two years of doing part time jobs for NBC Sports Radio and The Zach Sang Show, he was offered the opportunity to work full time for ‘The Big Time with Whitney Allen.’ In studio you can find him easily distracted by his phone and constantly confused by country music. When you talk to him on the phones, prepare yourself to not only request a song, but also talk about your day and plans for the weekend! If you had to describe Binoj in one sentence, he’s a non-stereotypical, funny brown guy that just wants to make everyone around him smile. We probably could have started with that and made this bio a whole lot shorter. Oh well.