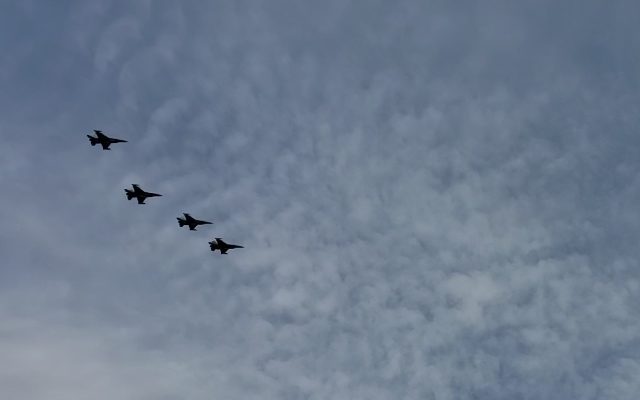 Lubbock physician, Colonel Larry Warmoth, a Gunfighters for 14 years, and the military for 29 years will retire from the Guard this December.

Dr. Warmoth has cared for patients at both Covenant Health and UMC Health System and wanted to do something special for both hospitals, as well as other local health care workers.

Spent 25 years in the Viper. Normally takes 3-4 months to get done. Governor, Air National Guard got this done in 6-7 days.

Dr. Warmoth talks about his involvement.

There will be an additional flyover of B1's from Dyess on Friday pic.twitter.com/U4cSwl6Ipj

The Gunfighters are made up of 30 pilots who fly the F-16, the fighting Falcon (the pilots refer to it as the Viper). The Gunfighters pilots for Monday are Angry, Kuda, Jaws & Stogie

The F-16 Fighting Falcon’s flew today (known to pilots as the Viper) are part of the 149th Fighter Wing based out of Lackland Air Force Base in San Antonio.

Get Hired! Work with Us!