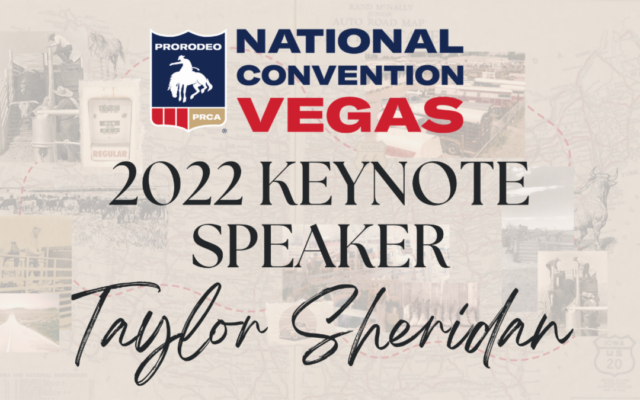 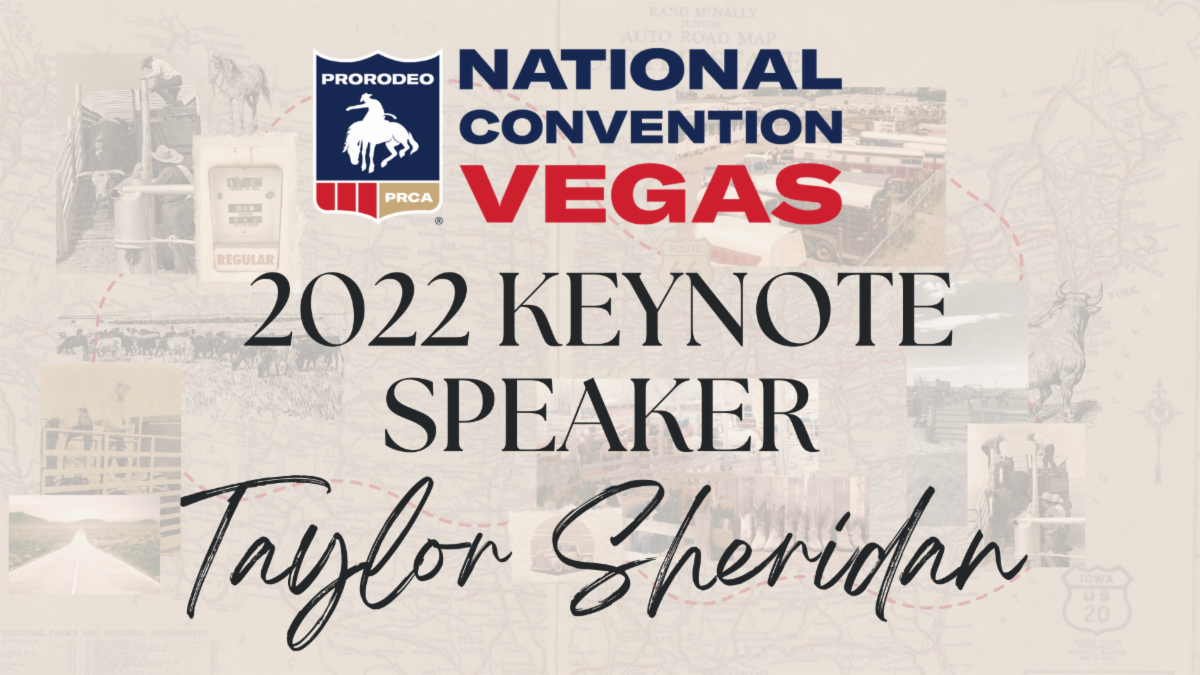 COLORADO SPRINGS, Colo. (Oct. 18) – Taylor Sheridan, a prominent American filmmaker and actor, will be the keynote speaker at the 2022 PRCA Convention in Las Vegas.

Sheridan will address convention attendees at the Grand Ballroom at the South Point Hotel and Casino, Wednesday, Nov. 30 at 9 a.m. (PT).

The gathering of PRCA members precedes the biggest event on ProRodeo’s annual calendar, the Wrangler National Finals Rodeo presented by Teton Ridge at the Thomas & Mack Center in Vegas, Dec. 1-10.

“We are honored Taylor Sheridan will keynote our convention,” said Tom Glause, CEO of the PRCA. “He has a great understanding of the western way of life and appreciates the work ethic of our cowboys and what they represent.”

The theme for this year’s convention is On the Road Again, and Sheridan will address attendees on his career journey as a filmmaker and being inducted into the Texas Cowboy Hall of Fame in 2021.

Sheridan also wrote and directed the 2017 neo-Western crime film Wind River and wrote the 2018 sequel to Sicario. He is a co-creator of the Paramount Network hit television series Yellowstone and creator of its prequel 1883.

In 2021, he co-created the crime miniseries Mayor of Kingstown. He most recently wrote the crime drama Tulsa King, which he co-created with Terence Winter. Tulsa King will premiere with two episodes Nov. 13 on Paramount+.

Convention attendees will discuss what enabled ProRodeo to overcome the challenges of the 2021 season and the changes facing professional sports in the years ahead.

As in prior years, the convention will feature the State of the PRCA address from Glause as well as the PRCA Member Tradeshow.

The PRCA National Convention is the annual meeting of the organization’s members. It is the gathering to review the achievements of the prior year and lay out new strategic areas of focus for the year ahead. The evenings are highlighted with fan favorites: the 15th annual Wrangler Gold Buckle Gala on Nov. 28 honoring ProRodeo Hall of Fame stock contractor Mike Cervi, the 2022 Legend of ProRodeo; the PRCA Welcome Reception on Nov. 29, and the PRCA Annual Awards Banquet on Nov. 30 to recognize the extraordinary achievements of PRCA members.

The 2022 PRCA National Convention will take place at the South Point. Registration is open for PRCA members and their guests at www.prcaconvention.com.